BENGALURU: At Bengaluru airport, Prime Minister Narendra Modi inaugurated the 32-meter-tall statue of Nadaprabhu Kempegowda. The inauguration of the structure, often known as the “Statue of Prosperity,” is one of the most significant events of Modi’s visit to the state prior to the 2019 elections.

Who exactly was Kempegowda?

Nadaprabhu Hiriya Kempegowda was a sixteenth-century Vijayanagara empire chieftain. He is credited as the city’s founder. Kempegowda, a scion of the Morasu Gowda family, was one of the most educated and successful rulers of his day. In south Karnataka, he belonged to the major agricultural Vokkaliga community.

According to The Indian Express, he had the concept for a new city while hunting with his minister, and thereafter demarcated its boundaries by constructing towers at the four corners of the projected metropolis.

The first design for the city by Kempegowda included temples, a fort, water tanks, and a cantonment. According to The Times of India, the chieftain established the Bangalore Fort and town in 1537 AD after gaining permission from Emperor Achyutharaya.

It is also thought that he was responsible for creating over 1,000 lakes in the city to meet its agricultural and drinking demands.

In addition to these accomplishments, Kempegowda is credited with banning the habit of severing the left-hand fingers of unmarried women, known as Bandi Devaru.

It is reported that, in addition to Kannada, Kempegowda mastered various languages and even wrote a Yakshagana drama in Telugu titled Gangagaurivilasa.

The state government of Karnataka annually celebrates Kempegowda’s birthday on June 27 throughout the state. This day is known as Kempegowda Jayanthi.

After approximately 56 years of power, he passed away in 1569. In 1609, his metal statue was placed in the Gangadharshwara temple in Shivagange.

The 108-foot statue of Kempegowda

The 108-foot-tall statue, which holds the distinction of being the “first and tallest bronze statue of a city’s founder,” was built in a 23-acre heritage park at Kempegowda International Airport, where the new Terminal 2 was also inaugurated.

The ‘Statue of Prosperity’ weighs 218 tonnes — 98 tonnes of bronze and 120 tonnes of steel — and holds a four-tonne sword that was transported to the Bengaluru airport from Delhi on a special truck last month.

The renowned sculptor and Padma Bhushan recipient Ram Vanji Sutar, who is also responsible for the Statue of Unity in Gujarat and the statue of Mahatma Gandhi in Bengaluru’s Vidhana Soudha, has produced the statue at a cost of roughly Rs 84 crore.

The previous chief minister, BS Yediyurappa, announced the proposal to put the statue at the airport in September 2019. The announcement was made after the Vokkaliga community organised a major protest in Bengaluru against the alleged targeting of its members by central investigation agencies, including Congress politician D K Shivakumar and former Chief Minister H D Kumaraswamy.

Why is the BJP constructing sculptures of Kempegowda?

Vokkaliga is the second-most-dominant community in Karnataka, behind Lingayats, and Kempegowda is its most recognisable figure. Given that the BJP has never had a clear majority in the 223-member Karnataka Assembly, it will attempt to win over the Vokkaligas this time.

Historically, the Vokkaliga community has backed the JD(S) of former Prime Minister HD Devegowda and the Congress party.

The ‘Statue of Prosperity’ is the first and tallest statue of a city’s founder, according to the Guinness Book of World Records. Chief Minister Basavaraj Bommai made the news on November 9 that the statue achieved a global record. 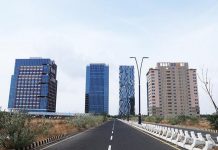 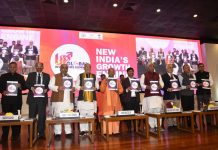 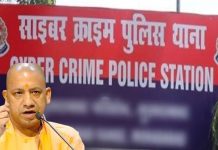