In the official communication, The Animal Welfare Institute said that they were pleased to inform that Varma was selected to receive a 2022 Clark R. Bavin Wildlife Law Enforcement award at the Conference of the Parties (CoP) of the Convention on International Trade in Endangered Species of Wild Fauna and Flora (CITES) in Panama City, Panama. The award was presented on November 15, hosted by the Species Survival Network.

On behalf of Varma, the award was collected by SP Yadav, Additional Director General (Project Tiger) at Panama.

Since 1994, the Animal Welfare Institute, in collaboration with the Species Survival Network (SSN), has presented the Clark R. Bavin Wildlife Law Enforcement Award to law enforcement officers who have gone above and beyond the call of duty to combat wildlife crime. The award is granted in honour of the late Mr. Clark R. Bavin of the US Fish and Wildlife Service, who was a pioneer in wildlife law enforcement. His foresight and willingness to deploy creative yet intricate sting operations to apprehend wildlife smugglers were ahead of their time and serve as a model for wildlife crime fighters today.

Tilotama Varma is an IPS officer of the Uttar Pradesh Cadre from the 1990 Batch. In 2002, Varma made history as the first female Indian Police Service Officer from Uttar Pradesh to receive the President’s police medal for valour.

She was honoured with this award after a chilling encounter in Hathras, Uttar Pradesh saw her lead a team which chased down two armed robbers who had killed the cashier at a bank and run away with the money.

She has headed the Wildlife Crime Control Bureau (WCCB) within the Ministry of Environment, Forests, and Climate Change. She has extensively worked to save endangered species. Under her leadership, the WCCB of India has received numerous international honours, including the Asia Environment Enforcement Award, in recognition of its outstanding efforts to combat transboundary environmental crimes.

Under Varma’s direction, the WCCB has embraced a number of strategies and technology that have substantially increased the enforcement of transboundary environmental offences in India. She played a crucial part in building an online Wildlife Crime Database Management System so that it may obtain real-time data to assist in analysing crime trends and developing efficient strategies to prevent and detect wildlife crimes throughout India. The database contains information on 1,800 hunters who have pursued leopards, rhinoceroses, and turtles as prey.

Her father was a Himachal Pradesh IPS officer. Ashish Gupta, who is also an IPS officer, is her husband. 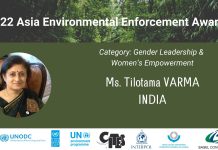 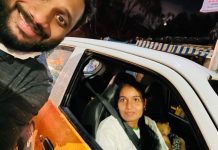 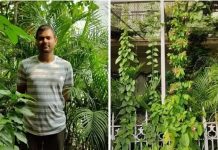