NEW DELHI: The Prime Minister, Narendra Modi launched Ujjwala 2.0 – Pradhan Mantri Ujjwala Yojana – PMUY by handing over LPG connections, at Mahoba Uttar Pradesh on Tuesday via video conferencing. During the event, the Prime Minister interacted with beneficiaries of the Ujjwala.

Addressing the event, the Prime Minister said he was delighted to address the sisters of UP ahead of Raksha Bandhan.  Meanwhile, addressing a gathering at the launch of the Ujjwala 2.0 (PMUY, 2021) scheme at Mahoba district, Chief Minister Yogi Adityanath on Tuesday said 1.5 crore families in the state benefitted from the first phase of Pradhan Mantri Ujjwala Yojana. 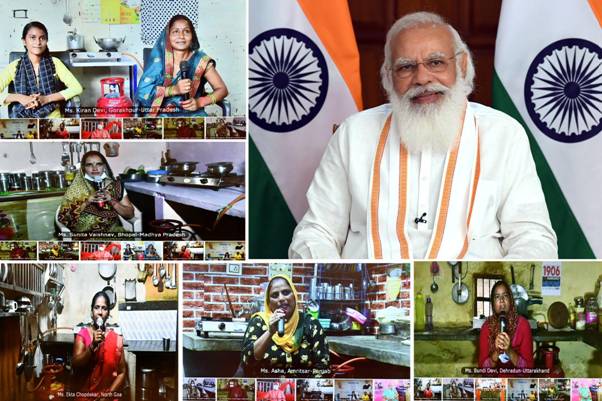