LUCKNOW: Uttar Pradesh Chief Minister Yogi Adityanath, who was lauded by several prestigious organizations for his action to control the deadly Covid-19 pandemic, has once again begun vigorous preparations to protect against the third wave of the global pandemic.

Chief Minister Yogi Adityanath launched the Rashtriya Swasthya Swayamsevak Abhiyan on Tuesday at his official residence in Lucknow. The campaign is said to be the world’s largest health programme which aims at training four lakh health volunteers to assist people suffering from Covid-19 in two lakh villages.

At the launch of this massive health volunteers’ training campaign CM Adityanath said, “The fear that is being expressed about the third wave of Covid-19, these health volunteers are going to play a big role in mitigating those fears.”

He added that BJP’s National President JP Nadda has decided to carry forward the campaign of Swasthya Swayamsevak and deploy 4 lakh health volunteers in 2 lakh revenue villages within the country. It has also ensured that every village will have one female & one male health volunteer. 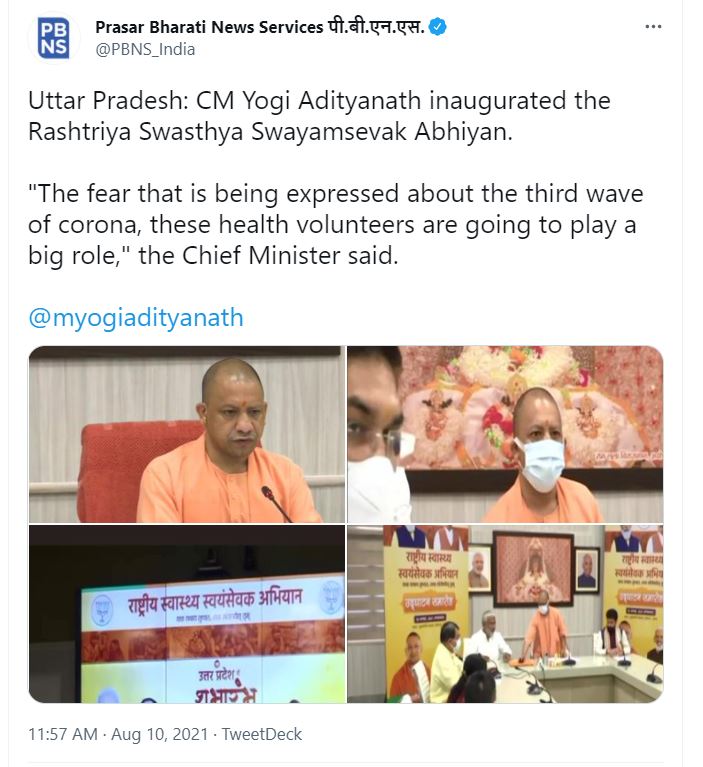 According to the campaign plan, volunteers will be adequately prepared before being dispatched to different regions to provide effective COVID-19 assistance. They will also provide medical assistance to seriously ill patients. The party will train approximately 4 lakh volunteers, divided into several groups, as part of the Abhiyan. Each group will consist of four people: one doctor, one from the IT cell, and two other employees.

During the launch, CM Yogi Adityanath claimed that if the third wave comes, the government and the BJP are now better prepared and its workers and health workers will be ready for public service in every village and town of the country.

He said that fighting the coronavirus is like saving humanity and for this, the party workers are ready to risk their lives. CM also said that health volunteers will be deployed in each village of the state to ensure everyone gets services.

It must be noted that several international bodies and NITI Ayogya lauded the work done by the UP government under the leadership of Chief Minister Yogi Adityanath. UP is the top state in terms of the number of vaccinations. More than 5.50 crore people have been vaccinated. The state has a capacity of daily four lakh Covid tests. Each district has an integrated Covid centre. Government departments are ensuring that needy people are provided with free rations.

The state has seen a multiplication in healthcare infrastructure during the Covid period. Over two lakh beds are now ready to deal with any crisis. 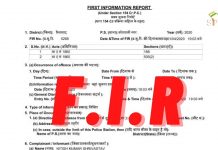 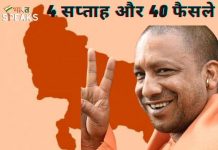 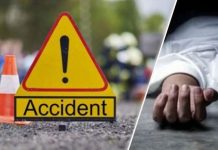