The indigenous aircraft carrier (IAC) ‘Vikrant,’ designed by the Indian Navy’s Directorate of Naval Design (DND), is being constructed at Cochin Shipyard Limited (CSL), a Public Sector Shipyard under the Ministry of Shipping (MoS). With more than 76 percent indigenous content, IAC is a leading example of the nation’s quest for “Atma Nirbhar Bharat.” This is the Indian Navy’s and Cochin Shipyard’s first attempt to design and build an aircraft carrier from scratch. 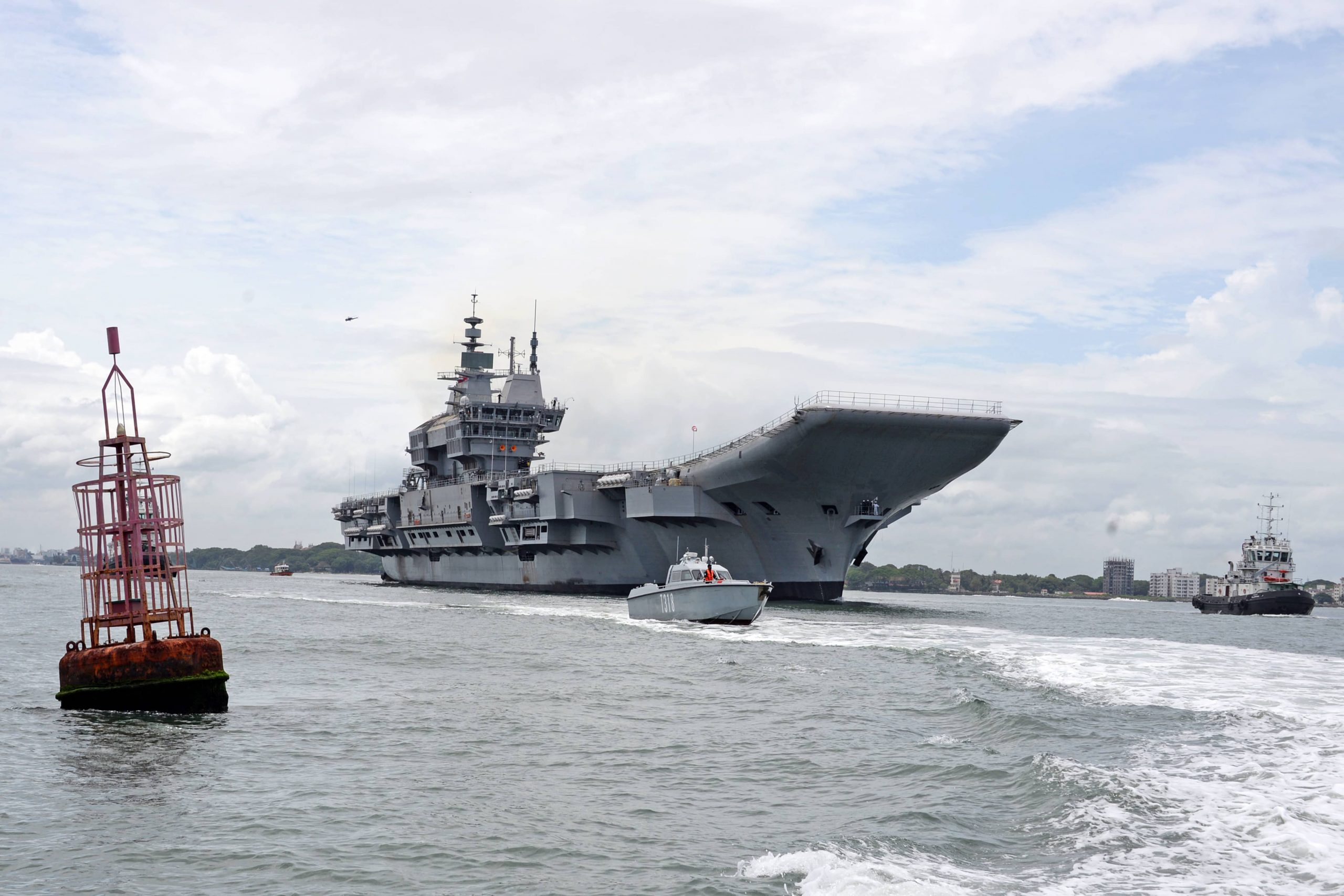 The ship has been designed with a high degree of automation for machinery operation, ship navigation, and survivability. ‘Vikrant’ has a top speed of around 28 knots and a cruising speed of 18 knots, with an endurance of approximately 7,500 nautical miles. The ship can accommodate a variety of fixed-wing and rotary-wing aircraft. 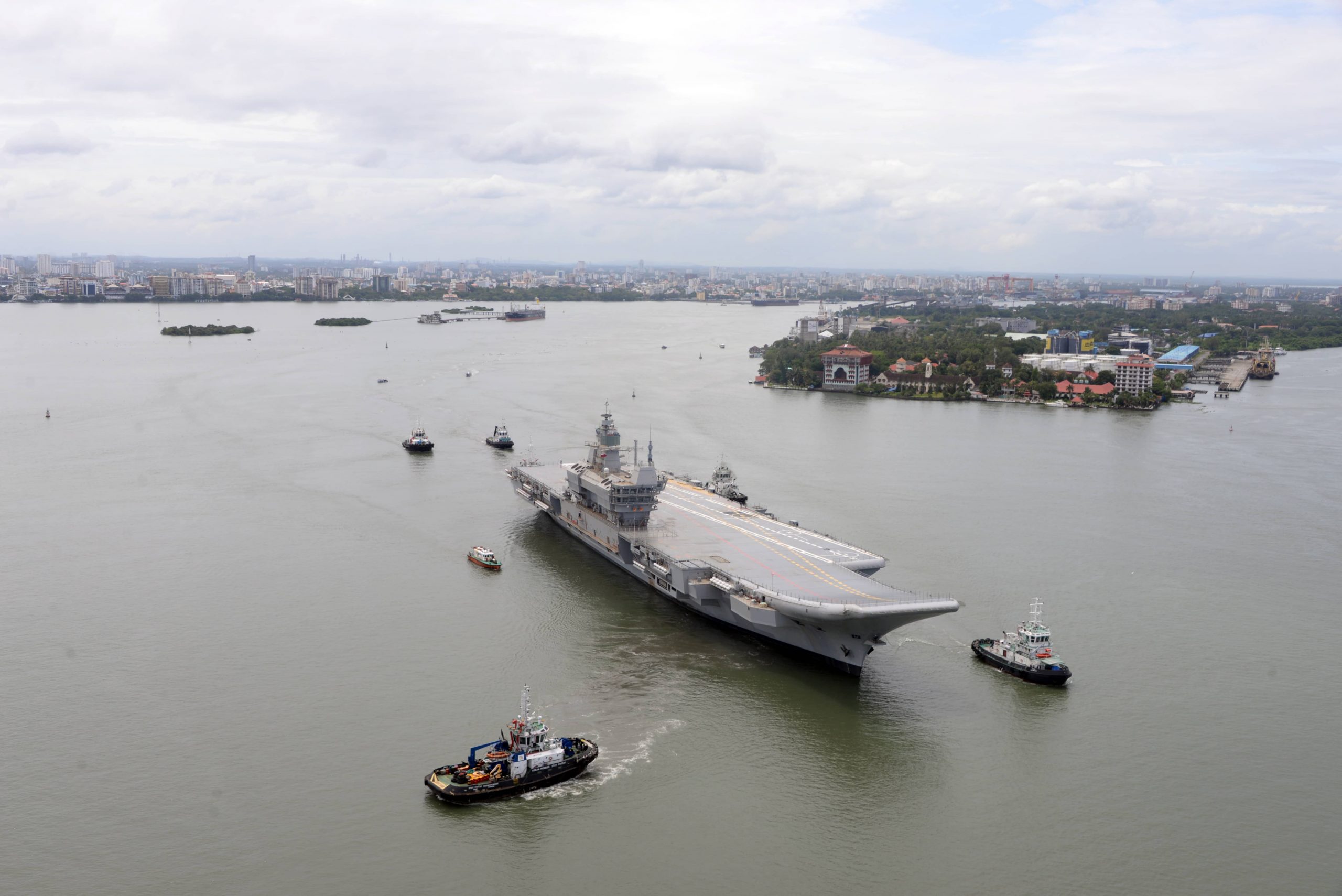 The majority of ship construction activities have been completed, and the ship is now in the trials phase. As part of the Basin Trials in November 20, the readiness of the ship’s propulsion and power generation equipment/systems was tested in port. During his visit to the ship on June 25, Raksha Mantri reviewed the progress of the Carrier’s construction.

Though the start of sea trials was delayed due to the 2nd wave of COVID, the ship’s readiness for sea trials was achieved through the concentrated and dedicated efforts of a large number of workmen, OEMs, engineers, overseers, inspectors, designers, and the ship’s crew. This is a significant historical event and activity. Reaching this milestone is significant because, with the exception of the current pandemic challenges and imponderables, they have all been achieved. The ship’s performance, including the hull, main propulsion, PGD, and auxiliary equipment, would be closely monitored during the maiden voyage.

With the delivery of IAC, India will join a select group of nations that have the capability to design and build an Aircraft Carrier in-house, which will be a true testament to the Indian Government’s “Make in India” thrust. 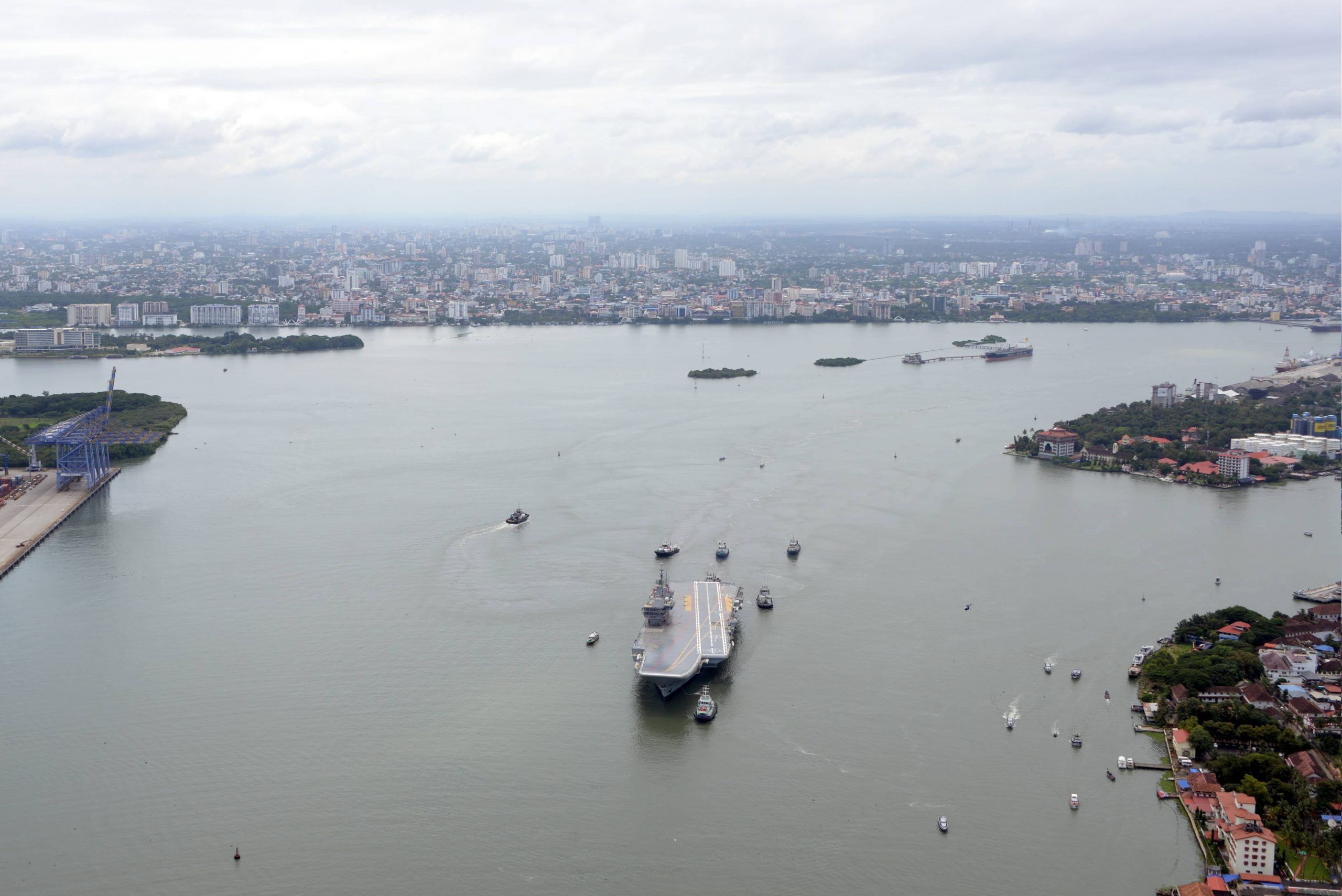 The indigenous construction of an aircraft carrier is a shining example of the country’s pursuit of ‘Atma Nirbhar Bharat’ and the ‘Make in India Initiative.’ This has resulted in an increase in indigenous design and construction capabilities, as well as the development of a large number of ancillary industries, with employment opportunities for 2000 CSL personnel and approximately 12000 ancillary industry employees.

In addition to work done by CSL and their subcontractors, over 76 percent of the equipment is procured with indigenous content. CSL has registered approximately 550 Indian firms, including approximately 100 MSMEs, who are providing various services for the construction of IAC.