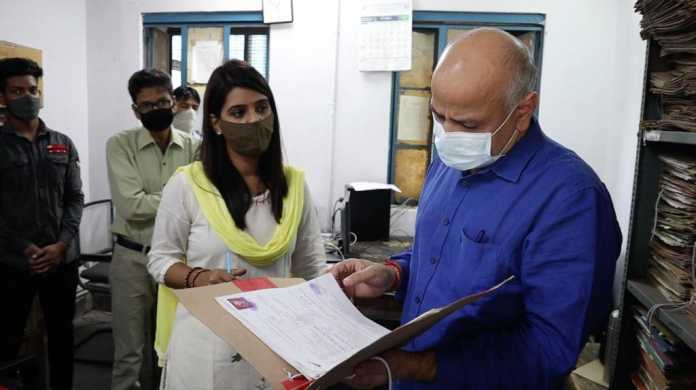 Sisodia said, “The Delhi government has made comprehensive plans to help the labourers, especially during the trying times of Corona crisis. We know a labourer only applies if he/she is needy, and so the government has directed that the amount from welfare schemes such as for their child’s education, medical, disability, marriage, or maternity reasons should reach the workers’ bank account within 72 hours.”

Sisodia said this during the inspection at the eastern and north-eastern sub-labour commissioner’s office at Shahdara. During this, he inquired about the process and status of various office functions. This included registration and verification of workers as well as cases regarding availing benefits from various welfare schemes.

During the inspection, both these district offices saw a decrease in pending registration applications, and found the successful disposal of cases to be satisfactory.

Sisodia also asked the officials to speed up their application processing timeline by improving on their internal procedures, especially during Covid crisis to ensure the workers are able to avail the benefits in time.

Sisodia also inquired about the execution of the applications received in the office, and checked the records of pending applications and pending files. At the office, he discussed the reasons for the two year old pending cases with the officials. The officials said that the delay in the approval process stemmed from the headquarters.

Sisodia then instructed the officials to set up an effortless process to smoothly execute the applications within 72 hours.

The Deputy Chief Minister also added that the execution of all files should be done on a ‘first-come, first-serve basis’. He said, “If there are cases wherein a few select files are forwarded or favoured, and the rest of the files are stopped in the system, strict action will be taken against the officers engaging in such activities.”

Sisodia also directed them to put up clear, and visible notice boards outside the office to inform the workers about the benefits of registration and schemes so that the workers do not have to rely on brokers to get their information, or work done.

Sisodia emphasised the involvement of brokers, and cyber cafes for availing registration certificates completely unnecessary. During the inspection, the construction board secretary M.T. Kom and other officials were also present.