NEW DELHI: Women are slowly but steadily cracking many glass ceilings in the mainly male-dominated environment of the armed forces, frequently with the support of the Supreme Court.

There are presently 15 female fighter pilots in the Indian Air Force (IAF), as well as 145 female helicopter and transport aircraft pilots in the three Services, with 28 additionally serving on frontline warships and 100 becoming certified military policewomen.

Despite being enlisted as officers since the early 1990s, the latest data submitted in Parliament by the defence ministry on Monday show that women continue to constitute a tiny minority in the nearly 14-lakh strong-armed services.

After the Army began recruiting women in “other ranks” for the first time in 2019-2020, there are presently 100 female jawans in the Corps of Military Police (CMP). Due to the Covid-19 epidemic, the recruitment of 199 more CMP women has been halted in the last two years. 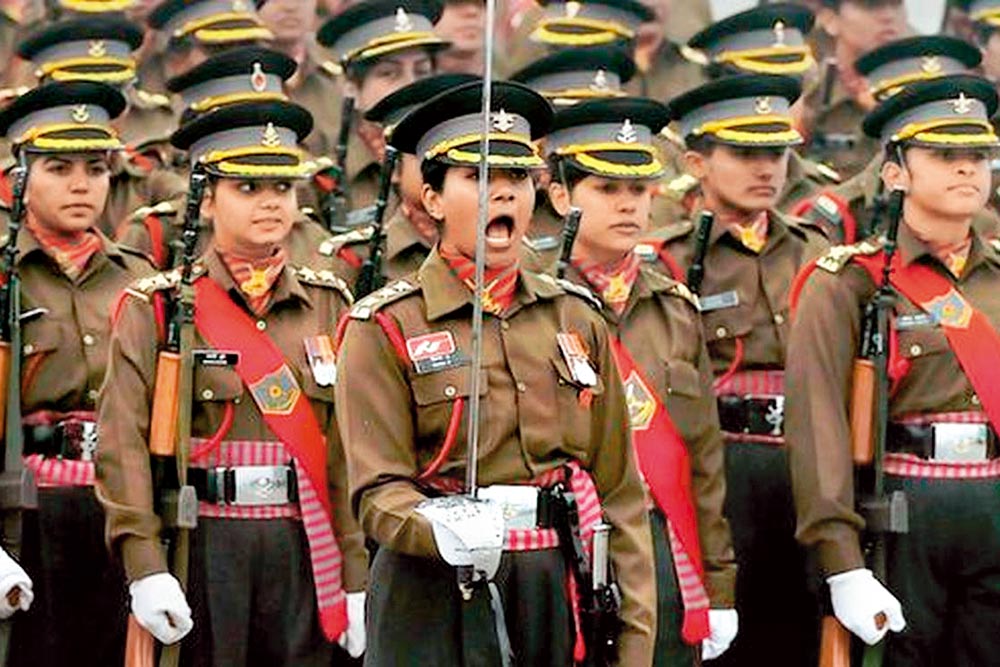 On the grounds of “operational, practical, and cultural challenges,” the military hierarchy has long been hostile to inducting more women, giving them combat positions, or granting them a permanent commission (PC).

However, these ingrained beliefs are gradually being dismantled. With the Supreme Court’s decision, 685 women officers in the Army now have PC, while the figures for the IAF and Navy are 381 and 49, respectively.

With the involvement of the Supreme Court, 19 female cadets are set to join the tri-Service National Defence Academy in July as part of a new squadron called “Sierra” for the three-year programme. The overwhelming number of ladies who applied to join the military can be gauged by the fact that 1.16 lakh of them took the written exam.

When the IAF admitted three women as fighter pilots in 2016, the combat exclusion ban was violated. Now, 15 pilots are flying supersonic jets including as MiG-21s, Sukhoi-30MKIs, and even brand-new Rafales. Previously, because it costs more than Rs 15 crore to train a single fighter pilot, the IAF argued that allowing women into the combat stream would break “strict fighter-flying schedules” if they married and had children.

Women pilots are also taking to the skies with helicopters such as Mi-17s, Dhruvs, Cheetahs, and Chetaks, as well as planes such as AN-32s, Dorniers, and Avros. There is also a female IAF pilot piloting the massive C-17 Globemaster-III aircraft.

After a 23-year hiatus, the Navy currently has 28 female officers serving aboard frontline vessels including as the aircraft carrier INS Vikramaditya, Kolkata-class guided-missile destroyers, Shivalik-class stealth frigates, and tankers.

The Army, on the other hand, still does not allow women to join the combat arms like as infantry, mechanised infantry, artillery, and armoured corps, while at least five from “combat-support arms” have been allowed for advancement to the rank of Colonel for the first time (time-scale).

“The combat employment philosophy of women in the armed forces is a source of concern.”

“It is a constantly developing process that they review on a regular basis,” junior defence minister Ajay Bhatt told Rajya Sabha on Monday.