LUCKNOW: There were many heroes who came to light during the fight with the deadly Covid virus, but there were some who silently battled the pandemic around the clock and still continue to do it. One such hero is Rajendra Kumar Tiwari.

Tiwari took over as the 53rd Chief Secretary of Uttar Pradesh on August 30, 2019. As the Administrative Head of the State, he is responsible for the overall administration, policy, development and law and order management of the state.

His tenure has seen the state successfully dealing with the challenges of CAA protests, peaceful resolution of Ayodhya dispute and responding to COVID-19 crisis.

Rajendra Kumar Tiwari was born on February 4, 1963 and is a 1985-batch Indian Administrative Service (IAS) officer of Uttar Pradesh cadre.

Tiwari is married to Dr Archana Tiwari, who is a senior consultant at Food Safety & Standards Authority of India (FSSAI) under the Ministry of Health & Family Welfare. She is President, Akanksha Samiti, Uttar Pradesh and President of UP-IASOWA. She is also Chairperson of The Sanskriti School, Lucknow. They have a son and daughter.

Tiwari graduated with a degree in Bachelor of Technology (B.Tech) in Electrical engineering from IIT Kanpur in the year 1984. He secured 3rd position in India in the Civil Services Examinations held in the year 1984 and joined the Indian Administrative Service (IAS) under the Government of Uttar Pradesh.

He also earned the Post Graduate Degree of M.A. in Governance & Development from the University of Sussex, United Kingdom (UK) in the year 2004.

He attended many higher-level Programmes/Courses including Negotiation for Public Leaders at the University of California, Berkeley, USA (July, 2019). He also attended the programme on Leadership and Innovating thinking at Cambridge University, United Kingdom (UK) in 2014.

Known for his honesty and integrity, RK Tiwari has previously served as Joint Secretary to the Government of India in the Ministry of Agriculture & Cooperation. He has served previously in various departments in UP Government like higher and secondary education, agriculture, infrastructure and industrial development, IT and electronics, commercial tax, labour etc.

Tiwari was the Chief Secretary Home in the UP government and has also served as district magistrate (DM) in Agra, Sultanpur and Mirzapur in the past.

He has been awarded by the Prime Minister for best performance in public participation and Feedback in ‘Swachchha Bharat Mission’ 2 Oct 2018. He got commendation from Finance Secretary to the Government of India in 2018 for outstanding contribution in implementation of GST in the State. He got appreciation from the State Government in 2018 for exceptional performance in implementation and outcomes in GST.  Tiwari has got many international awards apart from national and state-level recognition.

Recently, the IndoScandic organisation awarded him with the Gandhi Peace Award 2020 for his contribution. He also received a letter of appreciation from National Security Advisor (NSA) Ajit Doval complimenting Tiwari for handling the law and order situation after Ayodhya Verdict. Tiwari played a pivotal role in maintaining synergy with all organs of the State and Central Government and ensuring coordination with police for maintaining peace and communal harmony. 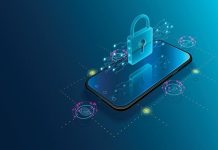