One of the most coveted occupations in India is becoming a well-respected civil servant. Those who pass the Civil Services Examination go on to become IAS, IPS, IRS, and IFS officials, among other positions. While the majority of UPSC success stories go on to serve in high-ranking posts for decades, Rajan Singh took a different path.

Rajan went on to create innovative digital companies Concept Owl and HabitStrong after serving as the Commissioner of Police for a major city. He is now an entrepreneur, consultant, and investor who is changing the Indian education scene by allowing exceptional minds from rural India to reach their full potential and flourish.

Rajan graduated from one of the best and reputed engineering colleges in India, IIT Kanpur and grew up in a family where his father was in the Air Force, enabling him to travel a lot which gave him exposure to diverse India. As an engineering graduate, he made up his mind to give UPSC a shot.

After completing his graduation in 1995, Rajan appeared for the civil services exam. He cleared the exam and was allotted as an IPS in the 1997 batch from Kerala cadre. He was given his first posting as an Assistant Superintendent of Police (ASP) in Karunagapally – a municipality situated at Kollam district in Kerala.

During his tenure of eight years, Rajan held various senior positions in Kerala. He was also called one of the youngest to hold the position of the city police commissioner of Thiruvananthapuram in 2001. As the police commissioner, he supervised and guided a 3,500 strong police force. He was also involved in handling civil disturbances and conflicts, traffic management, crime control, and police modernization.

But a point came when he started losing interest in civil services, as he had bigger plans in his mind. By 2004, the post became monotonous for him and he made his decision to quit the civil services in July 2005.

After quitting the civil services, Singh joined an MBA programme in one of the best business institutes in the world, Wharton School of the University of Pennsylvania in 2005.
He completed his Masters in 2007 and was later placed at McKinsey and Company in New York. He started working there as a consultant where he advised insurance, pharma, biotech, and banking companies. After 2 years of work, he shifted back to Mumbai and became the Vice President of the New Silk Route – a private fund.

After working there for three years till 2012, he decided to start his venture. He found a lot of potential in the education sector in India. So, he started Course Brew, an online learning platform for video-based learning, in August 2012.

But, Course Brew did not stand up to his satisfaction as it was not science-specific, so he left the organization to reach his final destination.

Rajan wanted to promote concept learning rather than rote learning and making things interesting for the students. Thus, ConceptOwl was born in 2015 and was based in Thiruvananthapuram with the main aim of providing cost-effective science and math learning programme for Tier II and Tier III students.

Currently, Concept Owl is providing coaching to students belonging from class 8 to class 12 with an annual price range of Rs 20,000 to Rs 60,000, depending on the various packages. They conduct both online and offline classes, where online classes are accessible all over the country.

Rajan is among the rare people who take the risk of starting something new after quitting civil services. And yes definitely he is successful in his journey so far because he is doing what he loves. 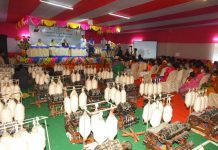 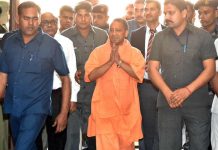 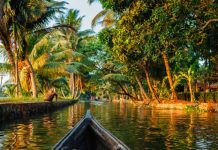