VISAKHAPATNAM : Ram Nath Kovind, India’s President and Supreme Commander of the Armed Forces, reviewed the Indian Navy Fleet at Visakhapatnam on February 21. During the 12th edition of the Fleet Review, which was also held as part of the 75th anniversary of India’s independence being celebrated as ‘Azadi Ka Amrit Mahotsav,’ the Indian Navy showcased its latest state-of-the-art indigenously built combat platforms with the theme ’75 years in Service of the Nation.’ 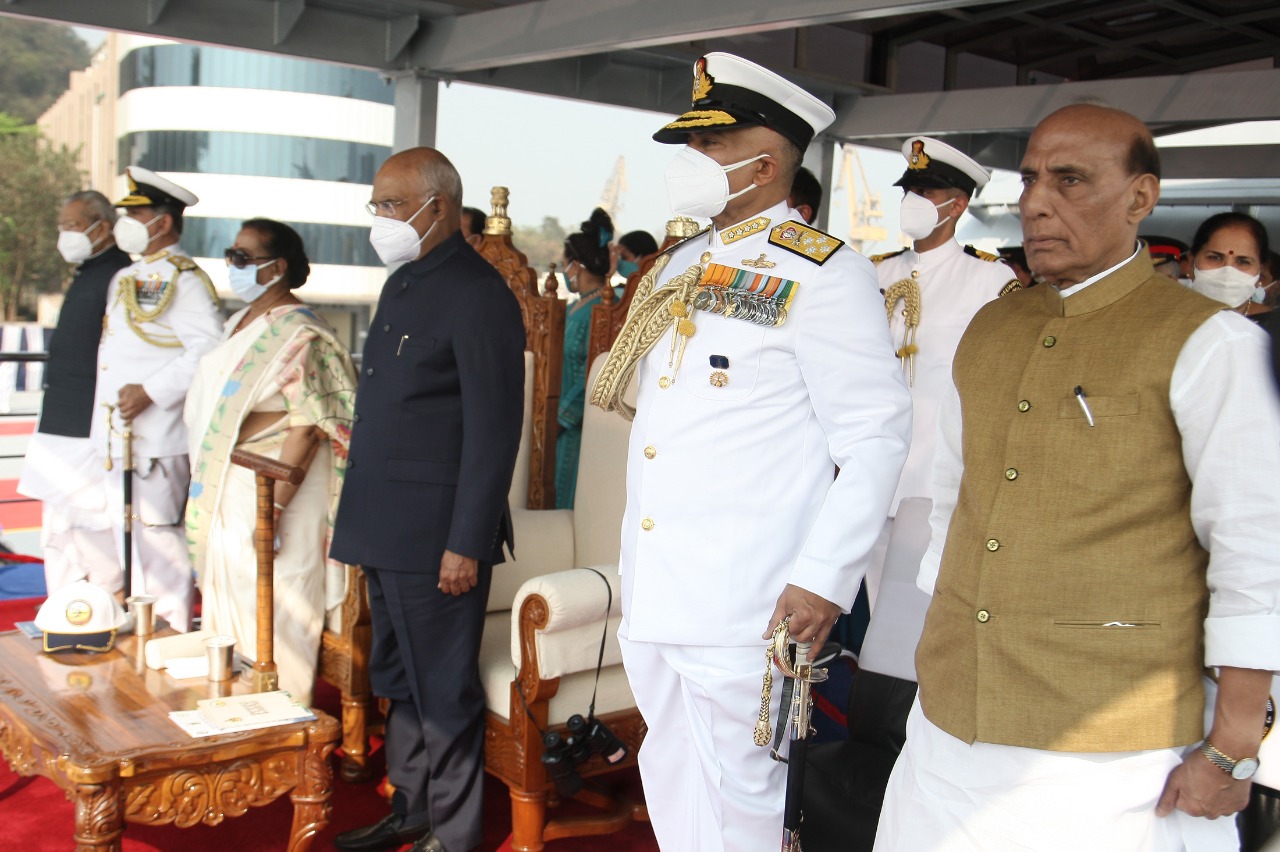 The Yacht passed by 44 ships from the Navy, Coast Guard, SCI, and MoES, which were lined up in four columns off the coast of Visakhapatnam, displaying the country’s maritime might. As part of the Fleet’s static review, a stunning flypast was performed. A mobile column of warships and submarines performed a high-speed steam pass alongside the Presidential yacht during the last portion of the review. The guests were mesmerised by a variety of thrilling waterfront activities such as the Parade of Sails, Search and Rescue Demonstration at Sea, Aerobatics by Hawk aircraft, and Water Para Jumps by the elite Marine Commandos (MARCOS). 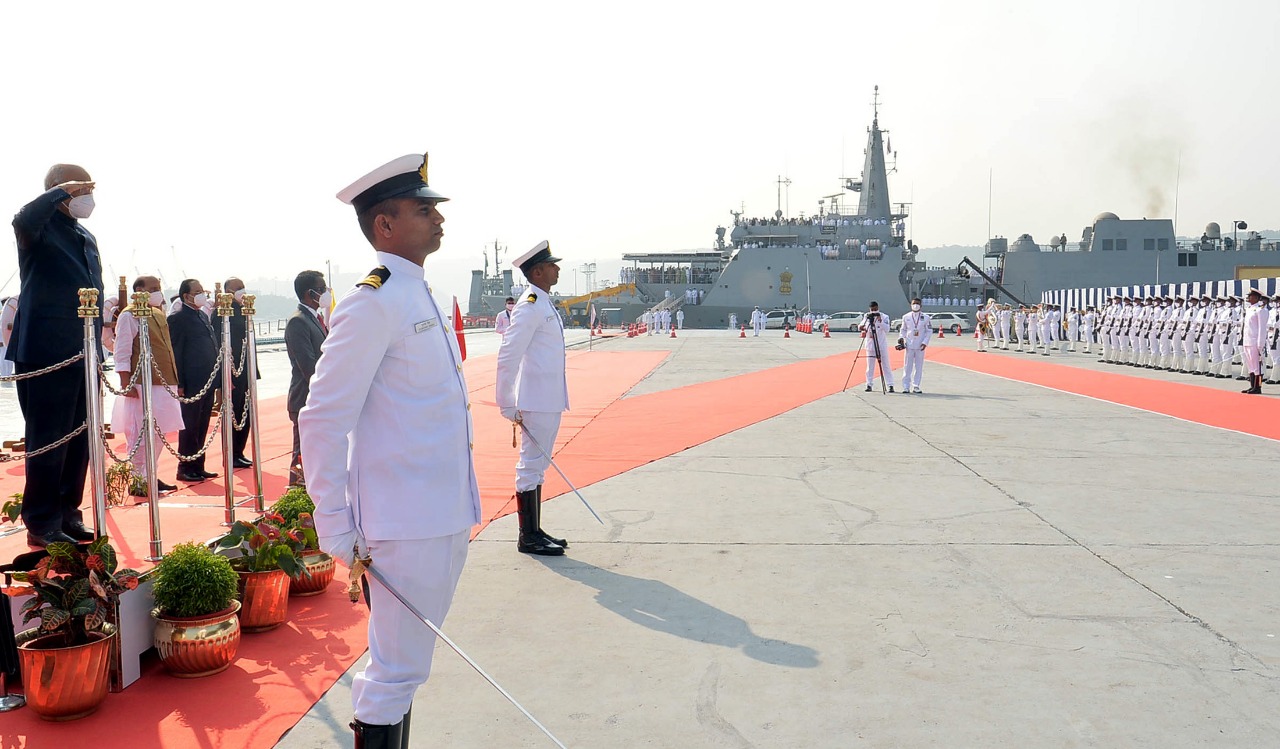 As the presidential yacht sailed through the review columns, each ship saluted the President with the traditional “Three Jais” as a show of unwavering commitment to the country and the Supreme Commander.

During the Review, the President addressed the Fleet, saying that the Indian Navy’s persistent vigilance, swift response to occurrences, and unwavering efforts have been very successful in safeguarding the safety of the seas and marine commons, which are essential to our trade and energy needs.

The President expressed his happiness on the Indian Navy becoming increasingly self-reliant and being at the forefront of the ‘Make in India’ initiative. He noted that about 70 per cent of the contents of several warships and submarines under construction in various public and private shipyards across the country are indigenous. He said that it is a matter of great pride that India has built nuclear submarines and soon we would have our indigenously built aircraft carrier, ‘Vikrant’, joining the service. He added that the development of indigenous naval shipbuilding capabilities is an impressive contribution to the making of an ‘Aatmanirbhar Bharat’.