Newly appointed DIG Ferozepur Range, Inderbir Singh has ramped up the security in the region. Senior IPS officer has not only activated the police department in the virtual world but has also scaled up the security on the streets to ensure safety of the common citizens.

Inderbir Singh conducted a night round in the District Fazilka region recently. He reviewed the Naka Check Points and briefed the force posted there. He was accompanied by Deepak Hilori, SSP Fazilka, and officers from District Fazilka. 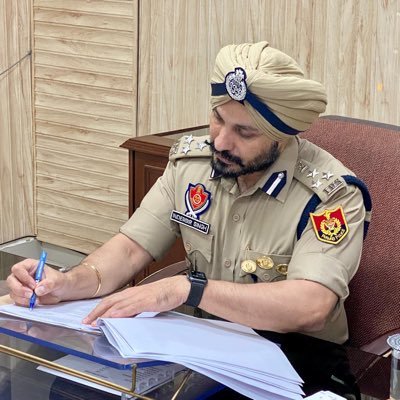 Inderbir Singh also conducted security checks at the Inter-State Check-Point between Fazilka (Punjab) and Sri Ganganagar (Rajasthan), where he found the police force to be completely awake and on duty.

To boost the morale he praised the officers’ commitment to their jobs and praised SSP Fazilka’s leadership and supervision for the good work being done in District Fazilka.

Singh has also launched the social media accounts of DIG Ferozepur Range on Twitter, Facebook, Instagram and Telegram to connect with common man and address their grievances easily.